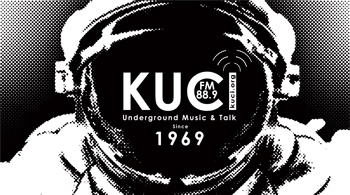 Thank you for joining the KUCI family.

Your donation will help keep KUCI’s outstanding lineup of freeform free speech radio on the air and online.

You can visit UCI’s egiving site to make your donation.

KUCI, a non-profit station, broadcasting from the University of California at Irvine, offers an extraordinary lineup of talent on the air and online. As one of the very first radio stations to broadcast via the internet and one of the first iTune podcast stations, KUCI continues to provide the widest array of voices and music imaginable.

Since its beginning in 1969, KUCI has produced non-commercial talk and music programs that expand the sonic universe of its listeners, introducing groundbreaking artists and thinkers before their work hits the national and international spotlight.

Non-commericial, freeform music and community programming is crucial to the radio landscape, the community, and the world. Your support plays a major role at one of the most adventurous radio stations on earth.

Thank you for becoming part of the KUCI family.

If your donation qualifies as a charitable contribution, a gift receipt for your financial records will be sent to you in the mail. Please consult your tax advisor for more information.