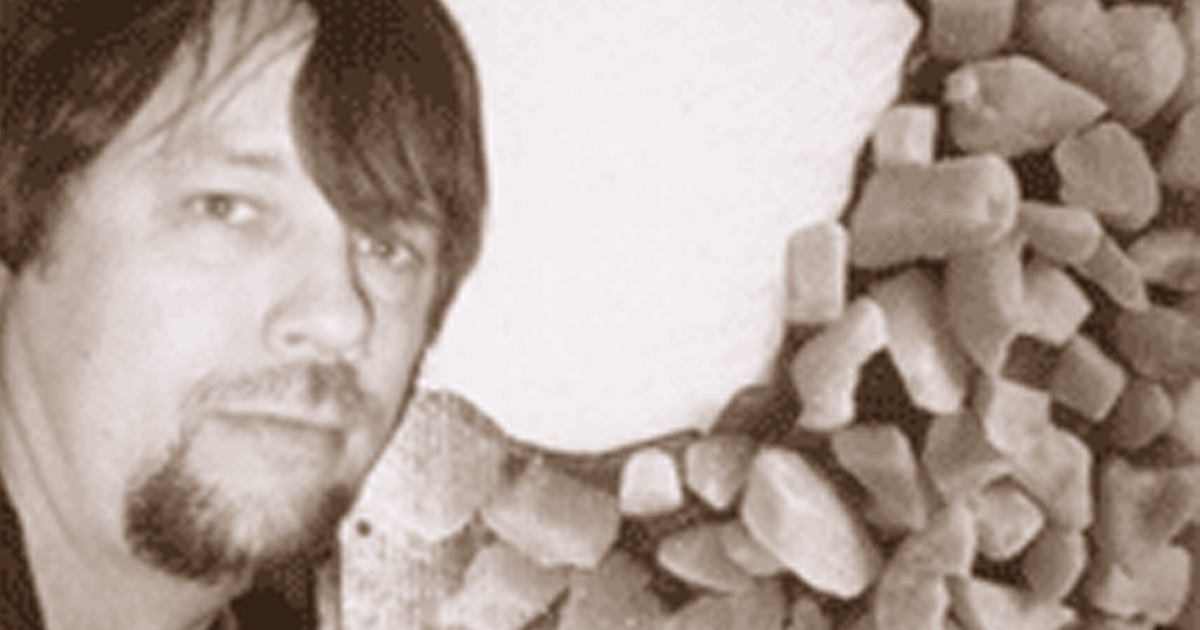 Jake Bacon is one of the nicest guys and most helpful DJs at KUCI. Not only is he knowledgeable about production and the sound board, but he is always willing to assist new DJs, and old ones, too, with a smile on his face. Jake’s lively show, Buffalo Bayou, has entertained us with Cajun and Zydeco music since 2003. Buffalo Bayou show airs for two hours every Monday from 2-4 PM and features sonic gumbo laced with Cajun, delta, folk, and a pinch of Texas swing, cooked up, and served live around the world on the internet and broadcasting from Irvine, California at 88.9 FM.

Mari: You have had your show since August 2003. Tell us how you came to KUCI.

Jake: I tuned in first after seeing one of the station’s license plate frames on a car at In-N-Out’s drive thru. The DJ was manually spinning a vinyl copy of Steppenwolf’s “The Pusher” at widely varying speeds, and doing other unorthodox things. I had heard on-air promos for the KUCI training course, but never considered taking it until one of the DJ’s I’d called to compliment convinced me to give it a try. The independence and passion of KUCI’s show hosts made a big impression on me. Although I’d always wanted to do radio, I originally came to take the course as a mostly self-improvement thing.

Mari: Where did you get the name Buffalo Bayou?

Jake: Buffalo Bayou is the main waterway that runs through the city of Houston, Texas, and is where the final battle of the Texas revolution was fought, as well as where the city was founded

Mari: You say your show is a zydeco show and sonic gumbo laced with Cajun. Please embellish.

Jake: “Gumbo” because it’s an eclectic format, within the genres mostly related to Louisiana, Texas, and the delta. The show tends to be more Cajun than zydeco lately, and some New Orleans infused piano things like R. Scott (of O-O Soul, and Helmut Stein Experience), and also a variety of accordion music, and rootsy pop. Gumbo is a Louisiana stew with the great variety of ingredients like okra, andouille sausage, and shellfish.

Mari: You’ve interviewed some great people. Who was your favorite musical guest on the show?

Jake: That’s a really tough question to answer. I will say Buckwheat Zydeco because he is the greatest living zydeco artist. He was our guest twice thus far, and it was a great time meeting him as well as watching him perform. To wield that large piano accordion and play with such finesse, and with all his charisma; he’s definitely one of a kind, and a cultural and musical icon.

Mari: How has this station changed since you’ve had your show?

Jake: As far as how the station sounds, it’s still the best radio station to me. Listening to KUCI is as good as ever. In the last couple of years, I’ve seen some good things happen with marketing. Several individuals continue to show their passion for KUCI as they did when I arrived in 2003, and there has been a resurgence of people contributing to KUCI-related events and marketing. The Acrobatics Everyday is really a cool organization, and with the recent “Sound Downtown” festival, KUCI will probably have more exposure in the Santa Ana loft district and beyond. The KUCI program schedules are great, and took a big leap forward in quality; I really look forward to seeing them each quarter, and we’ve really done well getting them out to the public and Orange County merchants.

Mari: Describe the format of your show.

Mari: What do you do when you are not at KUCI?

Jake: Sleep a lot, play on the computer, and go target shooting; too old to ride the motorcycles anymore.

Mari: Who is your ideal listener?

Jake: Anyone who gets converted in some way, to the music, or to the freedom involved in this kind of radio, or someone who finds the show a bit of home away from home.

Mari: What effect do you think your music has on the KUCI community?

Jake: I think it gives people a chance to focus completely on their homework, or to better digest a plate of jambalaya. They’ll hear music most of the other shows would never play.

Mari: You’ve been productions director in the past. What did you like best about doing that?

Jake: The process of making KUCI’s public service announcements and promos can be really fun, especially collaborating with staffers to script and record the voiceovers. It’s fun to see it go from scratch to a completed product, and to see people really enjoy doing them. I’d love to make a living that way

Mari: You’ve always been so wonderful and helpful to Lloyd and me when we’ve had problems with computers or the mixing board. How is it that you’ve come to be so helpful to people?

Jake: When I first arrived at KUCI, a couple of people in particular were really valuable in teaching me about skills beyond just hosting air time, like how to use sound editing software, and getting me to think about things like how to promote a show, and the basics of getting station ID’s, and artist interviews. G. Lo of KUCI’s “Brown Town Radio” and Big Jim of “Uptown Top Ranking” were a couple of the biggest influences and helpful people here, and still continue to be. I think whenever I am helpful, it relates to their influence. Also, Gabriel Buday, DJZJ, was a real help on the human side of things, and Jarret Lovell also, as he influenced me to take the productions director job, which I am really thankful for.

Mari: What would you like to see happen in the future at KUCI?

Jake: If KUCI keeps going on the air the way it has for 40 years, that’s a good thing. Beyond that, I want to see Cox digital add us (hello!), and then some really obnoxiously unavoidably huge visual promos around Irvine, such as giant call letters on the Taco Bell building that you can’t miss when on the 405 freeway or landing at John Wayne, or something like that. Because it’s the only radio station in this massive metropolis, and has been here since before Irvine was even a city, and is the best in OC. I would love to see the station become a household name in Irvine and never change it’s radio colors.

Mari: What are your dreams for the future?

Jake: Something to do with going to school and realizing I forgot to change out of my pajamas.

Jake: One of the things I like most about KUCI is that people’s human side gets to come out on the air in ways that don’t happen on commercial radio or “clearchannel” stations, and that to me makes it superior to those stations. KUCI’s on air manner gets across both radio quality and human quality.