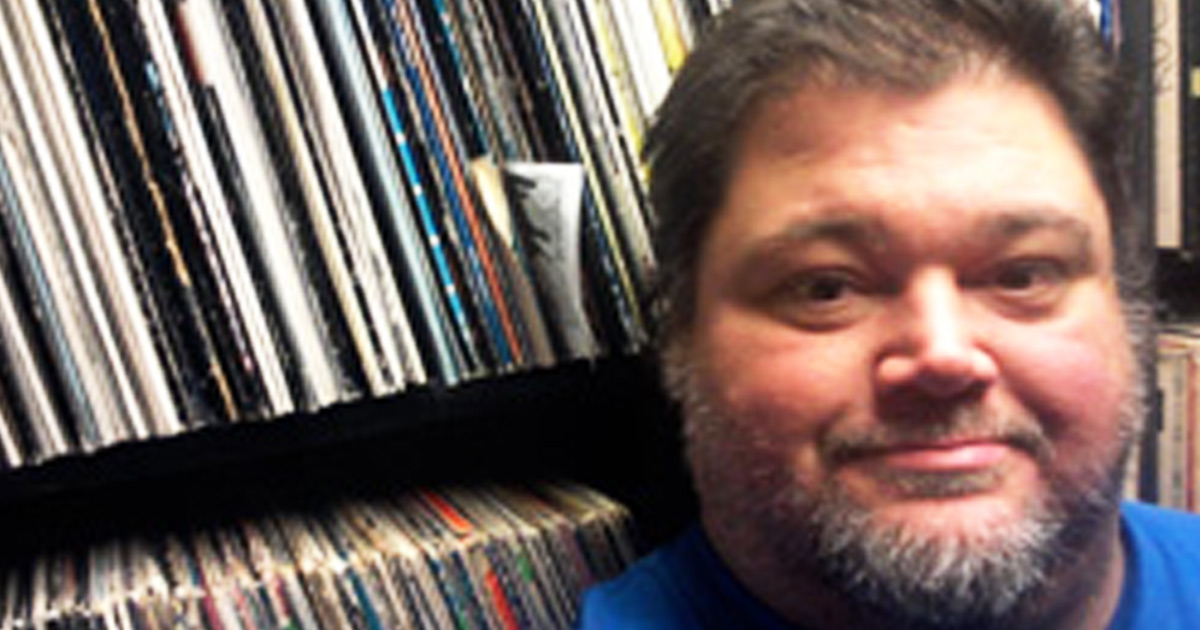 With 20 years of DJ-ing experience, Dennis Simms has held residencies at famous clubs like Metropolis (Irvine, CA) C2K at The Venetian (Las Vegas, NV) and The Shark Club (Costa Mesa, CA). Among those Dennis Simms has performed with include Junior Vasquez, Taylor, Danny Tanaglia, Frankie Bones, Sandra Collins, Crystal Method, David Alvarado and DJ Pierre. While at C2K, he opened for Snoop Dogg, Digital Underground, Slick Rick and Doug E Fresh. Dennis was also a part of the So-Cal rave scene back in the ’90s while working with master of sound systems known as “Shredder” (aka Atlas Sound).

Dennis Simms currently hosts a long-standing radio show called “Riders of the Plastic Groove” (RotPG) dedicated to delivering the best in electronic music from all over the globe featuring world class DJs who often perform live sets on the weekly broadcast. The show airs every Friday night from 8pm – 10pm (PST) from the University of California (Irvine, CA) at KUCI 88.9fm and also streams worldwide at kuci.org. You can also find KUCI streaming on iTunes under College radio.

You’ve had your show for so long at KUCI. How long?
The show has been around since 1993. I-ve been the host / deejay for the show for almost 10 years now.

What do you attribute its longevity to?
We have a never-ending pool of talented deejay’s and producers from around the world that want to be on our show due to the reputation of only having the best of underground dance music. We also get many suggestions from our listeners of who they want to hear on the show and we usually get them.

How has it changed over the years?
I like to think of the show being some sort of a phoenix. That’s because the core of the show has stayed the same since 1993. The only change has been the host of the show. It’s been a unique way the show has changed hands. The hosts have had roots in the underground sound movement in Los Angeles.

The show’s original host was Joachim “The Underdog” Vance along with Dana Watanabe in 1993. Around 1994 Chris “Christopher Robin” Bradbury took over the show along with Daniel Bremmer and Gary Liu. In 1995 Kyle “Cap’n Kyle” Tremlett joined the show with Chris Bradbury. During the summer quarter of 2001 “Uncle” Noah Apodaca joined the show when Chris Bradbury moved out of state. Kyle Tremlett and Noah Apodaca ran the show until I officially joined back in 2002.

What’s your favorite part of doing the show?
I love the fact that the show is 100% live and off the cuff. I don’t plan the DJ sets that I do. I also give the guest deejay’s freedom to play what they would play for themselves and not a club. I do this because my personal experience making a living being a DJ has shown that you don’t always get to play what you want.

You must hear from listeners all over the world, yes?
Yes, thanks to the Internet and smart phones our show gets many listeners world wide. Surprisingly a lot of our listeners are DJs.

What do they say?
I ask my listeners to let me know which DJ they would like to hear on the show. It doesn’t matter if its a world known DJ or producer. I often have the so called “bedroom deejay” along with known talent on the same night. Listeners love that about the show.

What do you listen to when you’re not doing your show?
I have a wide taste in music and it depends on my mood at that time. I listen to anything from classic rock, punk, metal and even talk radio at times.

What stations is your car radio tuned to?
Usually it’s on satellite radio tunes into Howard Stern in the mornings. At night I like to go between Tim Conway Jr. & Phil Hendry on AM radio. However I must say that most of the time I’m not listening to any radio at all because I get flooded within promo’s from DJs and producers every day.

Any favorite live set that’s been on your show?
I have more than one favorite show. One that stands out to me was back in 2001 around Christmas. It was a full 10 hours of live DJ-ing done by Captn Kyle, Uncle Noah, Saba Kazemi (Technodrome) and myself. It was a blast because we had no idea what the other was going to play.

The second one that stands out was back in 1997. Chris wanted to do an experiment that included at least 20 people in the KUCI studio lobby all playing music at once. It was sort of an experimental, freeform & improv night of music. I still have the recording from that night and it amazes me how great it sounded.

Do you get call in’s? Do you like them?
Every week I get call in’s. They usually want to know what song was playing and wanted to give props to the guest DJ. It’s always a good thing to get calls. Calls offer instant feed back on the show.

What’s the wildest thing a caller ever called in to say?
One time a listener named Sara called into the show from Germany and wanted to let me know that the whole dorm was dancing to the music on our show at that time.

How do you hope your show affects listeners?
I hope the show will educate the listeners about the different styles of dance music that’s being played around the world.

Tell me something about your show that would totally surprise me.
The show still has DJs on it that play their sets on vinyl and even 45’s.