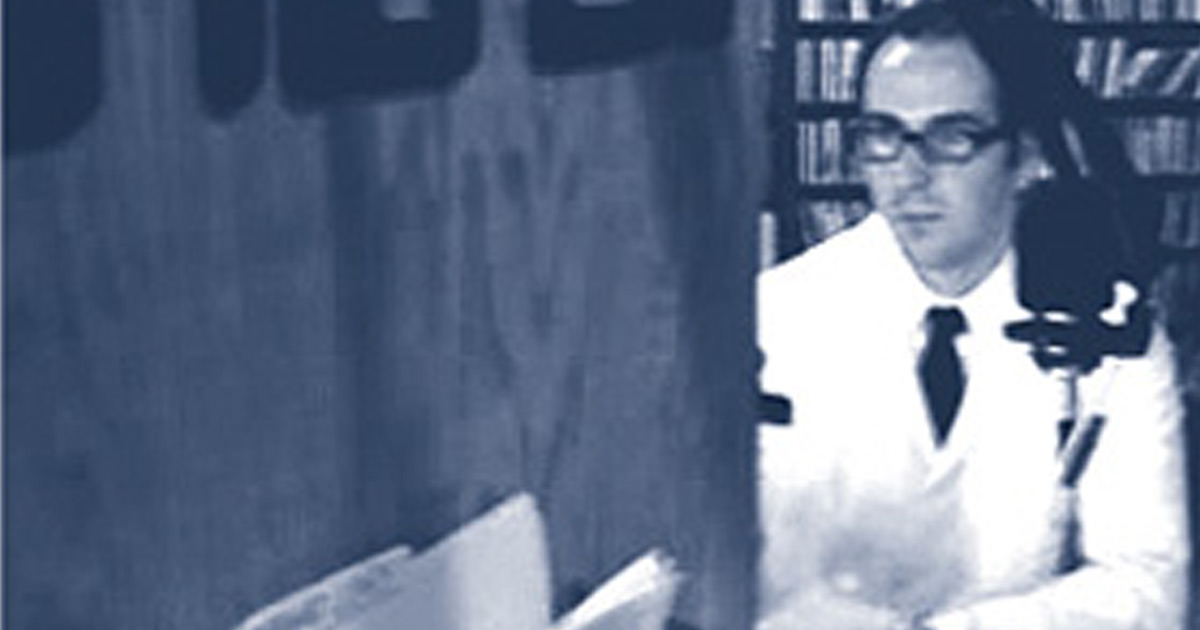 Mike Boyle is currently assistant engineer at KUCI, employed part-time by the university. He began working at the station six years ago, bringing to UCI his unique work experience in video production, automotive mechanics, motorcycle racing and plastic manufacturing. His dad invented the portable spa and built hot rods while he was growing up. “I can safely say I have followed in his footsteps,” says Boyle.

BDB: I have known you longer than just about anybody who’s still at KUCI. Talk about what brought you to KUCI and what you did, in the beginning.

MB: My friend Luke wanted to do a radio show where we could play music we liked and do creative things on the air.

BDB: You had a show for most of the time you’ve been there, yes?

MB: I did. However, I’m now putting a large priority on my education and obtaining my certifications to be a radio broadcast engineer.

BDB: Talk about what you do at KUCI.

MB: Everything that’s involved in keeping the station running, from picking cigarette butts out of the ash tray to engineering live remotes for the Dali Lama.

BDB: Would you call yourself obsessed?

BDB: What have you orchestrated at KUCI that you’re especially pleased about?

MB: I’m pleased with how we have been able to design and build studios with limited resources that are functional for both DJs and public affairs hosts.

BDB: What was KUCI like when you first arrived and what do you think the main changes have been?

MB: Many things were unorganized and inconsistent, which is common with the high turnaround of staff that we have. The main changes have been a result of grass root efforts that have lead to consistency and better use of resources that the station needs to survive.

MB: To go to the gym and not to fall victim to the American diet.

BDB: Other than KUCI, what do you listen to?

MB: Right now I like to listen to ham radio repeaters. If I’m not doing that, I’m listening to CDs in my car. I am also a very unique KUCI listener because when I listen to KUCI and hear that we are off the air, it is my job to run up to the transmitter site and fix it.

BDB: What are your top three favorite CDs?

MB: Radiohead, Kid A; Do Make Say Think, Goodbye enemy airship the landlord is dead; The Clocks, the saint, the sinner, the virgin and the dynamo.

BDB: When you go out to hear live music, where do you go?

MB: I rarely go out anymore to hear live music. I’ve engineered quite a bit of live bands here at KUCI and you get to a point where a nice long walk is more appealing then waiting in long lines and waiting for a band to perform.

BDB: What would you like to be doing five years from now? Paint us a picture.

MB: I will be working as a radio engineer and continuine to do the best job I can under the circumstances I am working with.

MB: This profession is wonderful and I am very fortunate to be one of the few people who look forward to going to work everyday.