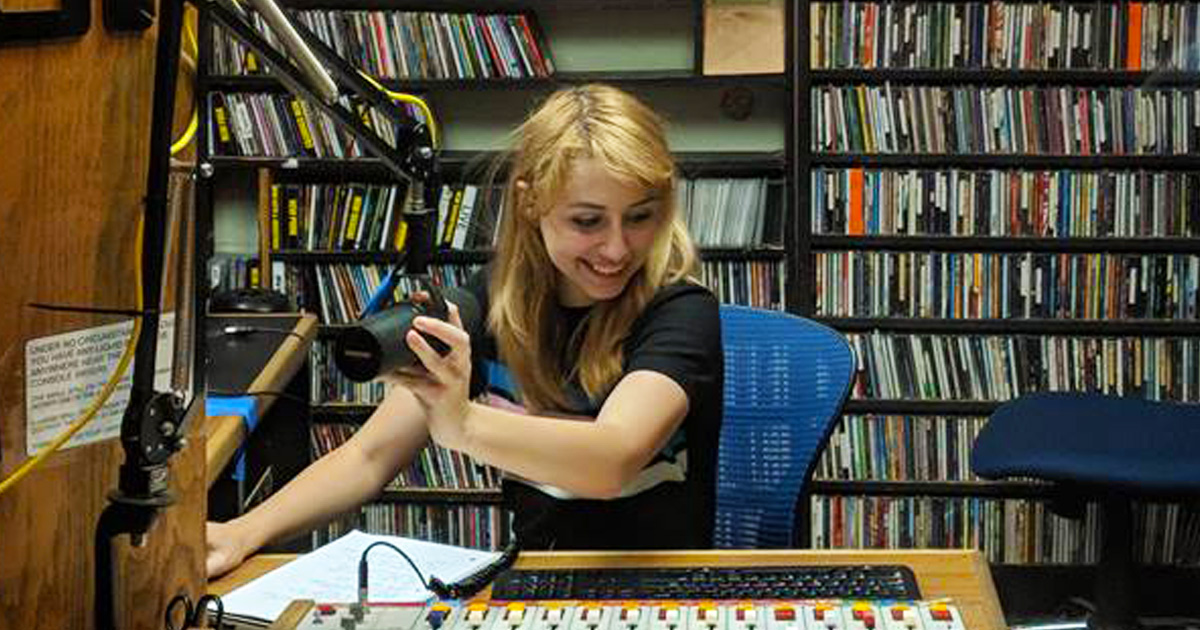 Theriosity focuses on the world of the paranormal, conspiracy, rarities, oddities, and the curious through conversation. How did your show’s theme come about?
I wanted a show that was different than what was already on air. I have always had interest in the topics I cover but I have found a new love for interviewing and talking with others about what they do or don’t believe in, their experiences and more. This gave me the opportunity to start these conversations, which I usually just can’t bring up over lunch.

You’ve covered topics such as love potions, cryptozoology, the moon landing, whether or not Paul McCartney is dead. How do you come up with your topics?
Before my show debuted, I made a giant list of possible topics I had complied from my own interests, my friends, and of course the internet. Sometimes I tie the episode to a holiday or event happening that week, such as the love potions episode airing for Valentine’s day and the Friday the 13th episode for, you’ve guessed it, Friday the 13th.

What’s the most interesting show topic you’ve covered thus far?
I would say the most interesting episode was about Anneliese Michel, who endured a total of 67 exorcisms under a year’s time back in the mid 1970s. Her story is one of the few where “paranormal” evidence has been legally used in court. Her story is sad but important as it shines light on not only the paranormal but both physical and mental health.

What sort of response do you get from listeners?
I usually get positive responses. I have a handful of loyal listeners who will ask follow up questions or suggest new things for me to watch.

Do your listeners ever suggest topics?
Yes! I have had a few contact me through my blog and I try to get to their suggested topics the following week

What’s the strangest topic a listener has wanted you to cover?
Lizard People. The idea that governments around the world and people in power are actually a master race of lizards in human costumes. I mean its funny but lacks substance for me.

Let’s back up a bit. How did you find your way to KUCI?
I knew a few DeeJays but wasn’t sure I would be cut out for radio. I saw the booth during one of our welcome weeks on campus and decided training wouldn’t hurt. It has been a wild ride ever since.

And now you’re PA director. For those who don’t know, what does a PA director do?
As Public Affairs Director I schedule all of our talk shows each quarter, make sure everyone is following our station and FCC guidelines, on top of taking care of anything that happens in the PA department.

You’re an anthropology major at UCI. How does your academic focus fit in with the theme of your show?
Anthropology has given me background and cultural knowledge to explore. I have been able to take actual courses at UCI about the paranormal, conspiracy theories, and UFO’s. Anthropology is so expansive, it helps me relate to and understand others.

When you’re near a radio, what do you listen to (on any station)?
Oldies and classic rock.

And what do you listen to on KUCI?
Indie Gladiator. Belly of the Beat. The Vault. Mellow Moves. Retro Sin. Gloss. The Graveyard. etc

If someone was to consider having a show on KUCI, what would you say to encourage them to do a PA show?
I would tell them it is a great way to challenge yourself. Especially if you are not confident with public speaking. You get to research and talk about whatever it is you love and connect with others because of it.

And what do you think—was there a moon landing in 1969 or not?
Yes.