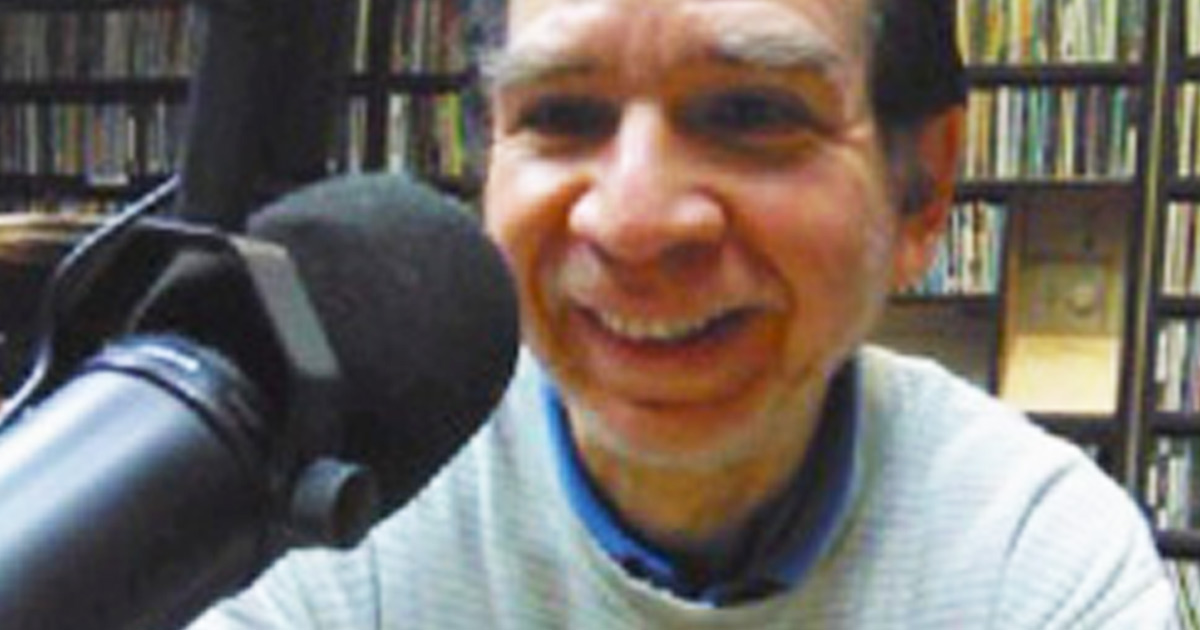 How has the format of your show changed or evolved over the years?
I started with a mixed bag, then with an American theme (Americana), playing actual reel-to-reel tapes from the Fine Arts archives (Village Concert), two solid years of nothing but Gershwin (Gershwinfest) and, over the last seven years or so, highlighting concerts and milestones (Concert Preview/Anniversaries). But it’s been (almost) always classical, with some Broadway/Hollywood symphonic and historical jazz mixed in now and then.

Talk about how what you do as a musician fits in with what you play on the show.
Being an active musician keeps me up-to-date on the classical-music scene in Orange County and especially those groups that hardly publicize their concerts but depend on word-of-mouth. Also, an interesting work one of these orchestras do could lead me to play it and related works on a future show of mine. Or I’d invite a group no one’s heard of to play live in the studio prior to its next concert. I’m always looking for different ways to present music on my show.

When did you know you were a musician?
Guess it was in junior high school, when I sang in the glee club Brahms’ “German Requiem,” a really difficult work (especially for teens!). This feeling, of becoming a musician, was confirmed when I learned how to play percussion in high school.

What was your first instrument?
A recorder, in the fourth grade. My first serious instrument (that is, with lessons): piano, age 13.

Who were your musical idols back then?
At first, Elvis (I grew up in a rock-‘n’-roll-loving family). But when the Beatles took rock in a revolutionary direction, my interest shifted toward classical (I was already taking piano lessons), and so, Chopin (piano), Tchaikovsky (orchestral) and Gershwin (all-around).

And now?
Too many; Beethoven, Prokofiev, Shostakovich, Brahms, Sousa, Saint-Saens, Joplin, and on and on. In addition to the aforementioned three. And early Elvis.

How has KUCI changed (or evolved) since you first started here?
Times were simpler: safety was not an issue, everyone trusted everyone and….well, there were still the occasional troublemakers who got kicked off the air; but for the most part, there was an air of congeniality and helping each other and getting along and feeling proud of the station, which had far more financial support from the university than now. “State-of-the-art” back then were reel-to-reel magnetic-tape machines, eight-track cartridge tapes and (for vinyl records) quadraphonic sound. KUCI has gotten digitalized, incorporating all the latest technology, cameras everywhere tracking every move to insure safety. The station has gotten way-overdue new mixer-boards, microphones, etc.: a big makeover. Still waiting for that move into permanent quarters (which I’ve been hearing about for 42 years).

You’re also a writer, as I recall.
Yes, I’m an arts reporter for the Daily Pilot/TimesOC and served as same for the Los Angeles Times, Orange County Register, Orange Coast Magazine, Westways and many other (mostly defunct) publications.

Okay, now for some personal questions. What’s on your nightstand?
Records–and my obnoxious alarm clock!

The last book you read and loved.
Mark Twain’s Adventures of Huckleberry Finn (the scholarly edition–including terrific parts he left out). He’s my all-time favorite writer.

What would listeners be surprised to learn about you?
That I, a conservative classical-music fan, also love jazz, early rock ‘n’ roll, early-20th-century pop and some soul. I also bowl, am a huge baseball fan (diehard Yankee fan–grew up in New York) and can cut loose on a dance floor when people least expect it (including me).