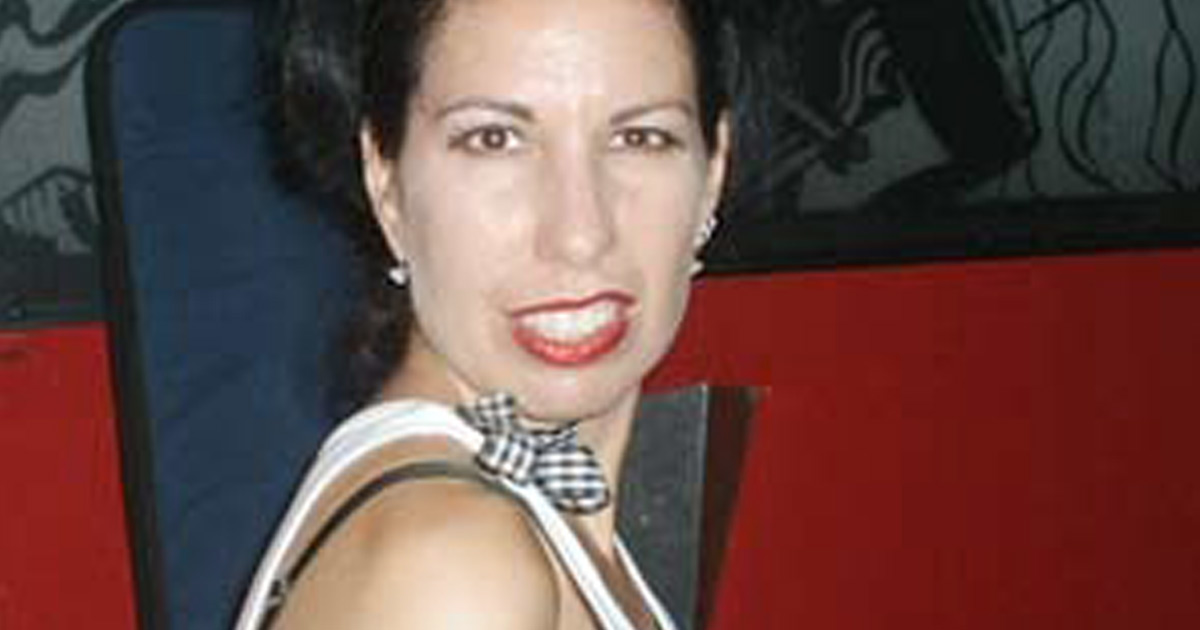 You know how you sometimes marvel at over-the-top overachievers, wondering how the hell they manage to deftly juggle multiple jobs and cool, creative tasks that–let’s be honest–you and I and a few others could work our butts off together on and still never get done?

In the case of Wanda–who hosts the popular, acclaimed and longrunning KUCI show “Howdylicious!,” Sundays 8-10 p.m. (www.howdylicious.com) — while holding down two full-time jobs (corporate trainer for OCTA, English professor at Orange Coast College) and maintaining an ongoing slate of other activities, the answer arguably comes down to two words:

By that, we don’t mean she only watches specific shows or otherwise limits her exposure to the boob tube. We literally mean no TV. “I don’t own a television,” Wanda explains in an e-mail interview. “I know that sounds weird, but as an English student and lover of music, there?s just no time for TV. Also, I think it?s very bad for you mentally. So, I read a lot and listen to a ton of music.”

The Nielsen rating’s loss is definitely KUCI?s–and the “Howdylicious!” audience’s–gain. Indeed, that Wanda immerses herself in that tonnage of tuneage surely accounts for the inspired (and inspiring) breadth and depth of her Sunday night show.

And that it?s liberally laced with new music, the lifeblood of the best non-commercial radio shows–especially when the DJ in question has Wanda’s knowledge and talent to traverse genres and eras, connecting the musical dots in such a way that the ensuing sets soar beyond the sum of their parts.

At that point, it’s no longer just a really good radio show–it’s an art form. Maybe that’s why no less an authority on what is hip and cool on the local scene than the OC Weekly ran a hefty, enormously positive profile on our hostess with the musical most-est, devoting the bulk of the piece to numerous tips on how someone might “unleash their inner Wanda.” Many of the tips, perhaps unsurprisingly, dealt with where and how to collect some of the great music that she spins.

More recently, the Weekly’s “Best Of OC” issue again praised her in the “Five Local Radio Shows That Are Better Than Stealing Music Off The Internet”– long-winded Weekly-speak for “Best OC Radio Show”–category.

For those poor souls who haven’t yet said howdy to “Howdylicious!,” all these details and kudos probably beg the question: What’s the radio program sound like–what kind of music does she play? Well, you could say it’s a country show, though that’d be akin to saying Dubya probably doesn?t qualify for Mensa membership–straightforward enough, but a colossal understatement.

And the truly expository description of the show?s musical evolution and all the stylistic strands she pulls from each week to stitch together the rich tapestry that is “Howdylicious!” involves a considerably lengthier description. “When I started,” Wanda recalls, “I was most influenced by cow punk and rockabilly, bands like Rank n’ File, Green on Red, The Knitters, the Screamin’ Sirens, Blood on the Saddle. Through those bands, I began to explore traditional country–Merle Haggard, Johnny Cash, George Jones, Johnny Horton, etc.

“When I got to KUCI, we had just lost our folk show, so I began to dabble in bluegrass and absolutely fell in love with it! My show has forced me to push into other areas that I think my listeners will love: surf, folk, western swing.

“I am now,” she continues, ?really into contemporary and traditional bluegrass, like Dry Branch Fire Squad, Mountain Heart, Doyle Lawson, Ralph Stanley and new bands like Old Crow Medicine Show and The Avett Brothers. I love gospel bluegrass–it just touches something in me.

?I am also a huge fan of 40s western swing–The Maddox Brothers and Rose, Hank Penny, Spade Cooley, Hank Thompson, Pee Wee King, Milton Brown. All of it. Locally, we have so many good artists, like Big Sandy, The Lucky Stars, the Dynotones.”

Clearly, Wanda possesses expansive musical knowledge–and considerable enthusiasm for adding more. And while the No TV policy may help account for the large chunks of time she?s apparently able to devote to sampling new artists, if not genres–followed soon thereafter by becoming steeped in them — there’s another key factor in “Howdylicious!” being recognized as a rare jewel in the KUCI crown:

She’s exceptionally skillful and smooth on-air–a total pro, if that phrase is appropriate in the realm of non-commercial, public radio–and, not coincidentally, she?s been doing radio for a dozen years. She started in 1993 at the Cal Poly San Luis Obispo station KCPR while getting her master?s degree in English at that school, followed by a stint at KDVS while pursuing her Ph.D. at UC Davis, landing at KUCI in 1998 and sliding in Fall of 1999 into the Sunday night slot she?s occupied ever since.

You don’t necessarily have to do radio for several years to be good at it. Indeed, some folks have an innate gift or precocious talent for it–in the same way that some folks are immediately good at writing, acting or stand-up. But in all those pursuits–including radio–it does take years to become really good, much less great.

Check out “Howdylicious!” some Sunday night, and not only is the music artfully assembled–in the space of a set or two, she might play a brand new song that came out that week, a Jimmy Wyble track from the 40s, a newly-released Wanda Jackson cover (Ms. Jackson being the inspiration for our Wanda?s DJ name) by Laura Cantrell, and in the midst of that record-setting rainfall in January, a few selections that imaginatively acknowledged the rain–but her on-air manner is polished, simultaneously deft and casual.

(You can almost always tell how experienced and accomplished a radio DJ is by how often they say “before that” when back-announcing; while newbies utter it several times each break, the better, more experienced folks almost never say it. You’d be hard-pressed to catch a “before that” passing Wanda?s lips.)

And her DJing flair isn’t always confined to the KUCI airwaves. For instance, in the summer, when her college teaching duties diminish, do you think Wanda just lays low and takes it easy? What, are ya nuts? Have you not been paying attention? Hell no, she doesn?t suddenly become a slacker–last summer, she held down a regular DJing gig at a club in Long Beach called The Pike.

Oh, and regardless of the season, she?s also the content manager for an online music magazine called Barflies.net, which features alternative music articles, a local calendar and more. In addition, Wanda’s an avid “crafter.” She notes that, “I?m always making something. Right now, I’m rediscovering embroidery. It?s very soothing, and you can listen to music while you do it.”

Someone else might enjoy embroidering while watching television, but that’s not an option for Wanda in her TV-free home. But given everything Wanda does, and how well she does it, doesn?t it kinda make you want to at least cut back on your TV time? 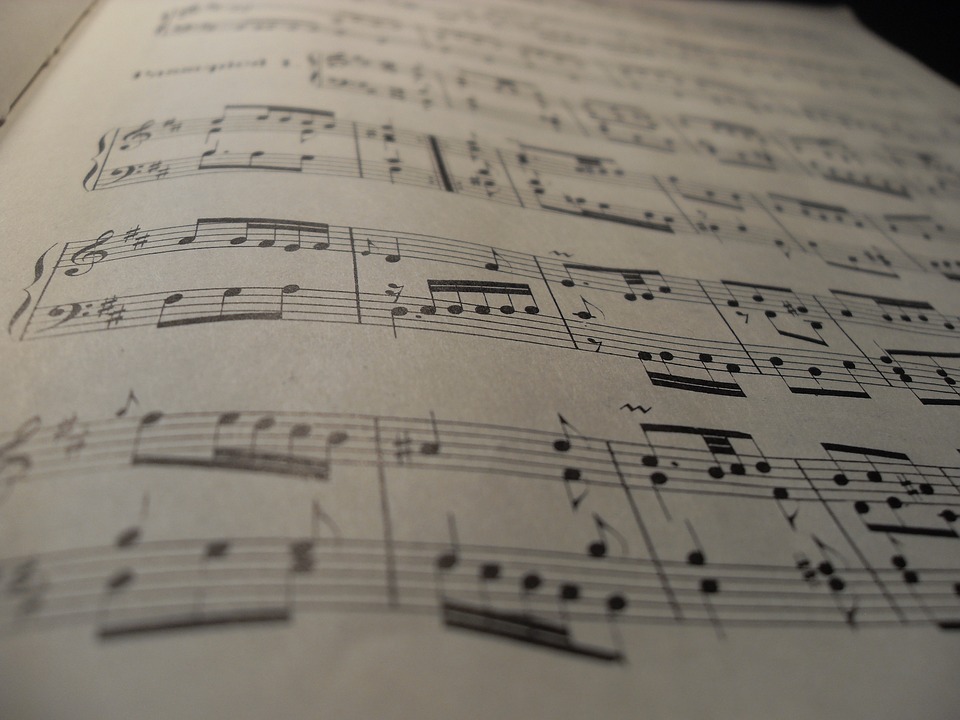 Movie Scores and Soundtracks
with Evie The Muse
Show Blog